There’s no denying that “Gangs Of J-town” is a very unique type of web series and the first of it’s kind in Jos. Following the announcing of the Season 2, there have been plenty buzz about the sequel.

It has been confirmed that the VJ ‘Louis Rein’ is joining the series as a regular in season 2.

The film has featured celebrities before but mainly as cameos, apart from comedian “Wappy” who appeared in a couple of episodes last season.

What role do you think Louis Rein would play in the coming season? And what are your thoughts about him joining the series? Leave your comments below 👇 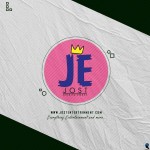